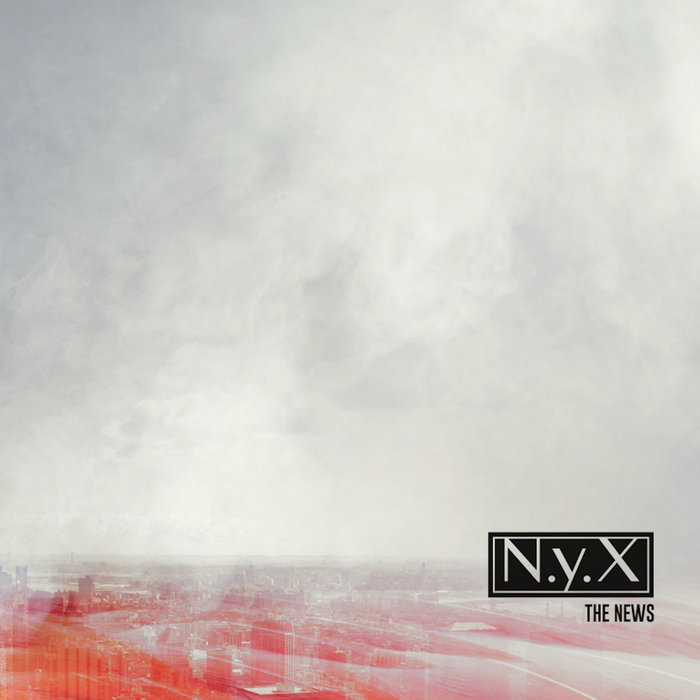 7d Media and Bad Elephant Music are proud to announce "The News"-- the second album from Italian art-rock trio N.y.X. This release is now available for pre-order.

Through a combination of traditional power-trio instrumentation and an experimental yet incisive electronic edge, this powerful concept piece draws us into a mind in crisis, straddling the fine line between lucidity and delirium. Distortion and chaos abound, yet The News never loses its strong conceptual backbone, a skillful blend of grounded, seemingly stable reality and a growing spiral of solipsism that threatens to engulf our protagonist.

N.y.X.’s wholly unique, iconoclastic sound is further enhanced here by the matchless contributions of two of King Crimson’s finest: Adrian Belew and Trey Gunn both lend their guitar and sound-scaping talents to the album, and additional guest appearances by jazz pianist Ivan Bridon Napoles and cellist Marco Allocco further enhance the mix, combining their own fine musicianship with the band’s artistic vision to conjure a concept piece overflowing with creativity.

Perhaps Bad Elephant’s Martin Hutchinson puts it best: “From the first note it was apparent that there is nothing quite like the highly original sound that Danilo and Walter create. N.y.X. is at the forefront of avant-garde, experimental progressive rock and it is a pleasure to be involved with this release. A real musical breath of fresh air!”